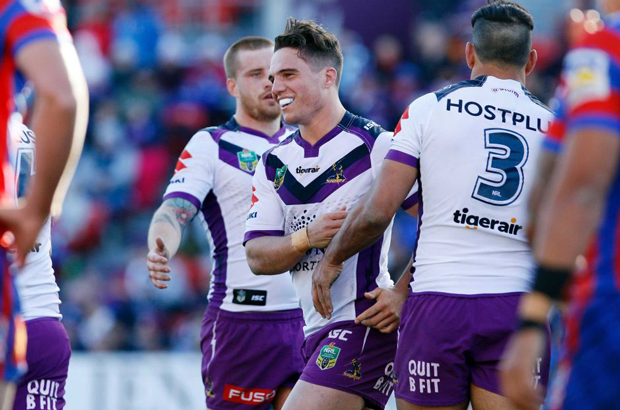 Your NRL betting guide for Round 3

The Storm lacked cohesion last week against a Tigers outfit who showed a great will to win. The Cowboys were very much in the same boat against the Broncos and had their chance but couldn’t get the job done. This is set-up to be a gruelling encounter and expect to see limited points scored.

The Panthers have been patchy but are two from two as they face off against a Bulldogs outfit who are desperate for their first win of the season. If the Panthers can string two halves together it’ll be a long night for doggies fans.

The Tigers have two huge scalps to their name already and are on the hunt for a third. The Broncos' spine impressed in their second hit out of the year against the well-fancied Cowboys. This could be the game that breaks the Tigers' momentum and with the expectation of a win now high, fans will be hoping the wheels on the bus continue to go ‘round and round’.

The Warriors are two from two and are on a high as they cross the Tasman. The Raiders are at the other end of the spectrum, coming off the back of two narrow defeats, which is sure to have Raiders fans on edge. If the Warriors hold their form they could blow the Raiders off the park.

The ‘bunnies’ are winless coming into round three and face-off against a Sea Eagles team who are on a high after a 54-nil shellacking of the Eels. The Rabbits will once again be without first-choice halfback Adam Reynolds, whilst the Sea Eagles will look to ride the momentum beyond round two.

The Eels were disgraceful last week against the Sea Eagles. The Sharks also had their moments against the Dragons and will be hoping the likes of Valentine Holmes, Josh Dugan and Matt Moylan click in round three.

The return of Ash Taylor is a massive boost for the Titans. Taylor was absent for the round two loss against the Warriors and will have to impress following his lay-off if the Titans are to win. The Dragons have on fire in their opening two games of the season and go into this game as deserved favourite.

The Chooks found some form in round two and look on the way up, whilst the Knights made it two from two coming from behind to beat the Raiders. This is a big match for former Roosters players Mitchell Pearce, Aiden Guerra and Shaun Kenny Dowell who will all be out to prove a point against their old club.