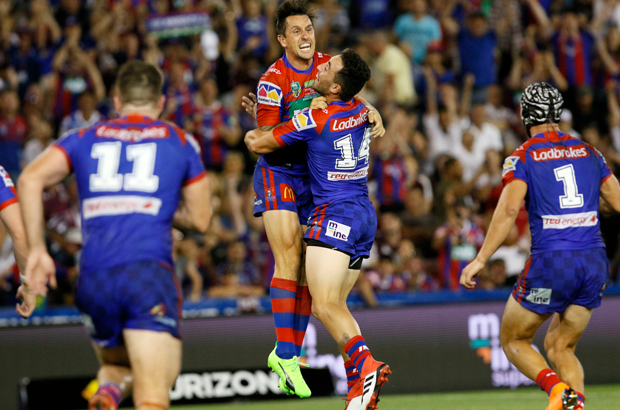 Your NRL betting form guide for Round 2

The Dragons’ combination of Gareth Widdop and Ben Hunt proved far too strong against a lacklustre Broncos in round one, whilst the Sharks showed enough against the Cowboys last week in Townsville to suggest that they’ll be a threat to the Dragons in round two.

The ‘chooks’ were awful against a determined Tigers in round one. Coach Trent Robinson will be hoping the return of Luke Keary will change things quickly. The Bulldogs had their moments against the Storm and showed enough promise to suggest they are an improved outfit this season. Doggies fans will be hoping that the Roosters don’t hit their straps in round two.

There has been no greater rivalry in the NRL over the past five years, with the last three encounters between the two resulting in a golden point finish. The Cowboys were less than convincing in the second half against the Sharks but did enough to get the job done. The Broncos were disappointing against the Dragons and a repeat of that performance could see a blow out against the well fancied Cowboys.

The two surprise packages of round one go head-to-head in round two. The Warriors’ new recruit Blake Green impressed in his first start and looks to have steadied the Warriors rocky ship. While the Titans showed plenty of grit to come from 18-nil down to beat the Raiders last weekend.

Penrith were slow out of the gates in round one, however they were able to finish over the top of the Eels in the second half. Bunnies fans would be disappointed after being out enthused by the Warriors in Perth. The loss of Adam Reynolds for this game is a huge loss for the Rabbits.

The Storm started where they left off last season, putting in a strong performance in Round 1 against the Bulldogs. Cameron Munster was impressive and moves back to his preferred position of five-eight, with Billy Slater slotting back into the fullback role. The Tigers stunned even their most loyal fans with a round one upset win over the Roosters. This is a very different match-up for the Tigers, coming up against an in-form Strom at their home ground in Melbourne.

Manly comes off a disappointing loss in golden point against the Knights and are looking for a change of fortune as they return to fortress Brookvale. The Eels impressed in their first half display against the Panthers before falling apart in a second half performance that will have Parramatta fans worried.

The Raiders were in complete control last week against the Titans. At 18-nil after 12 minutes, the Canberra faithful would have been expecting a massive win to kick off their season in style, however the tide turned quickly as they went down in the final minutes of the game 30-28. The Knights scraped in by a golden point against the Sea Eagles, with new recruits Kalyn Ponga and Mitchell Pearce the standouts. There will be plenty of buzz in Newcastle and don’t be surprised to see the Knights continue to ride the momentum from their golden point victory.